Tragic dead of a diver in MALAPASCUA

Knut Aksel ISAKSEN (45) a fellow PADI instructor from Norway  and very experienced diver, was on holiday with his diving buddy Mr. Nikola Olsen. They both arrived at Exotic on December 11th and were due to leave January 1st.  Knut Aksel ISAKSEN wanted to make in Malapascua his Divemaster in TechDive. 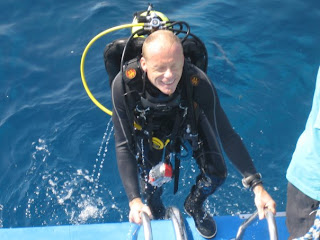 During a technical fun dive on Monad Shoal on December 24th at 11.20am Mr. Isaksen encountered problems during one of his staged deco stops. He alerted his diving buddy/Dive instructor  who immediately came to his assistance.


But unfortunately Mr. Isaksen died in the arms of his diving buddy.

A 45 year-old diving instructor from Oslo were killed on Christmas Eve during a technical fun dive in holiday paradise of Malapascua in the Philippines. The accident cause was that he got to high concentration of oxygen in breathing air during a decompression stop at 16 meters. 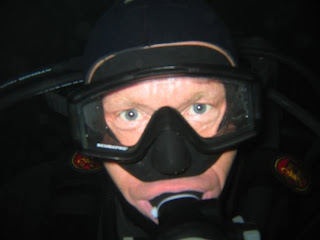 The divers had already conducted a stop at 21 meters without any problems where Knut wants to change his oxygen bottle to 50% and switched to the gas bottle he thought that should be 50% oxygen. He did not realized at this moment that he got the wrong oxygen. They went back to go up to the next deco stop. At about 16 meters during their  decrompression stop the dive instructor realized that something went wrong with Knut.. He was tumbling and lost orientation he had cramps and he had NO VALVE IN HIS MOUTH. So dive buddy tried immediatly to get air in the victims mouth to save his life, but without success cause he could not open the victims jaw which was locked in spasm. So Knutwent OUT OF AIR .

The dive instructor (Dive Buddy)  did what he could to rescue the victim, but had to finally send him to the surface in order to conduct his own decompression stops. The 45-year-old victim  originally came from Finnmark, and was a renowned instructor in the Oslo area in which he was affiliated with Sport Diver.

The accident is under the diving experience has happened because two of stage bottles to be used for decompression stops were confused. The two divers should have with them each two stage bottles,  one with 50% oxygen and one with 100% oxygen.

The dive instructor controlled his own two bottles, both of which proved to contain 50% oxygen, instead of one with 50% oxygen and one with 100%. 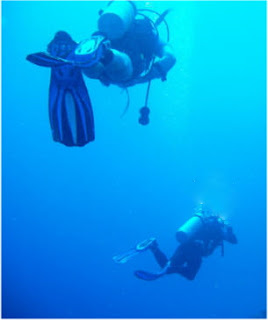 The victim had cramps at 16 meters depth, and had no valve in the mouth. dive instructor tried to get air into the mouth of 45-year-old, but the jaws were locked in spasm. It therefore seems clear what caused the accident - the victim was breathing too high oxygen concentration and had convulsions and respiratory arrest as a result.

Had to cut loose

While the dive instructor tried to save the life of the Oslo-man they have been wrapped the two into the lines from the  surface buoys. The dive instructor had to cut them loose before he could send the victim to the surface. The 45-year-old was quickly spotted by the dive boat, which had seen the surface markers, the two divers had been sent up.

Resuscitation was attempted, but life was not to save.

According to a close friend who acts as spokesman for the family, the victim was very concerned that the causes of diving accidents should come to light and get fully investigated.. It is accordingly that diving community has gotten their information about this tragic accident. The next members of  the family have been notified. 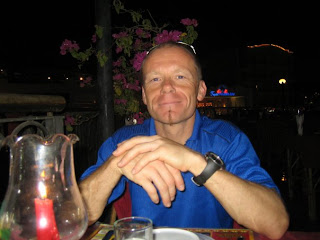 If I should die while diving.

If I should die while diving please do not hesitate to discuss the incident and assess every element with a view to furthering your understanding of how to enhance diver safety.

If I should die while diving get the facts. They won't be readily available and will definitely not be correct as reported by the media. But get the facts as best you can.

If I should die while diving understand, as I already do, that it will most likely involve fault on my part to some degree or another so do not hesitate to point that out.

If I should die while diving some of the fault will probably belong to my buddy and that needs to be honestly assessed as well though I must admit this is one area where I hope that compassion will be in the mix.

If I should die while diving there might be those who try to squelch discussion out of a misplaced notion of respect for the deceased, family and friends. They can say nice things about me at my funeral... but in the scuba community I want the incident to be strongly discussed.

I'd like to see dive operators offer a copy of this with their liability release.

***
But until now and after all there is a question, was there a possibility to save his life during this accident?


Speculation postulates possible scenarios in the absence of known facts. Often narrowing a multitude of possible circumstances down to a few high probability ones. While this will not provide a precise determination of cause of accident, (why did they had the wrong gas bottles?, could the victim stayed alive when the dive instructor have give him his own 50% gas bottle?)  the view afforded by speculative analysis into possible and probable causes, along with the insight on how they occur and how to prevent them - does serve the purpose of this article.
What difference does it make for you to know how I died?
I see the point. What difference does it make when a stranger dies if their passing does not have a direct significant impact on us? It is the possible lessons we can learn through an examination of a real life experience. There are useful lessons and reminders that may be necessary for many to keep complacency away and correct and improve errant and deficient ways, that may keep us away from a similar experience. Not all the accidents are fatal. The fatal ones do have a way to make a sometimes necessary poignant impression.

Given the information available, and the diversity and scale of participants knowledge, the reasonable speculative analysis that takes place here is very effective and productive in fulfiling the purpose of this article - which is to provide a learning avenue for some or for all, sometimes or always, through analysis of possible causes of accidents.

I have said this before and will continue to say it. There is enough difference of opinion on this subject to warrant the creation of a condolences forum designed to pay tribute to a lost life, devoid of undesireable issues that must by necessity be raised during accident analysis. This is the only way to accomodate these two seperate legitimate issues which both appear to be in high demand, that do not lend themselves to peaceful co-existence in a forum. Then there is the desire, by a not insignificant number, to restrict reasonable discussion because it violates their personal standards - not at my expense, unless a more convincing yet to be made case is presented.

If I should die while diving ( Modified).

... post pictures, video, interviews, autopsy report, documenation, dive logs ON the Internet. The more information you can provide the more lively the discussion and if it saves a life that would rock too.

Sure, we might just be beating a dead horse by reporting and analyzing every accident, but it's a horse that needs to be beaten.

Besides, you never know exactly what minor detail someone will take away from an incident report that will save their life or make them a better diver.
I have read alot concerning death while diving for educational purposes. I cant believe all of the "lets not speculate" and "have repect for the dead" crap I have read, also in the comment of above operator ("....We have delayed posting this information out of respect for the family...") . I wanna read about the rumors, speculation, facts and lies. I've always believed in the idioism "where there is smoke there is fire. With in the lies there is truth.
I have come to say that only the diver and God really know what happened and neither is talking to us.

I am not a diver, but is this a reason not to ask what happend? I want to know what happend and why, for the safety of my diving friends and family and diving guest what went wrong in an dive accident.

I don't buy into censoring or quashing discussion because words might hurt someone. That is a very dangerous way to think about speech.

The reasoning behind analysing incidents is to find what went wrong. To learn why things happened the way they did, and to teach other to not make the same mistake. It is not to lay blame on who did what. The idea is to prevent others from falling onto the same set of circumstances and making the same fatal mistakes. Blaming the one who gives information to the diving community about an dive accident instead of search for the truth is the wrong way to protect the divers from the next deadly accident

Links for some more information about this topic:

Posted by Stardiver at 5:28 PM No comments: